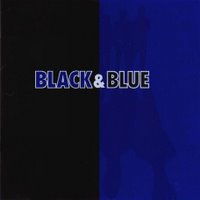 I needed a title and a semi-coherent link for these short blurbs!

Up first- Blue Devils and the DNA results. Gracias to Anon for posting a comment that informed me of the DNA evidence. I’ve been working some long hours and haven’t been able to keep up moment by moment. My quick opinion is that a lack of DNA evidence does not necessarily mean a sexual assault or rape did not occur. I’m not the first to suggest this, so I’ll let you all take a look around the net and on CNN, etc. for a more detailed explanation of this. To my knowledge the case is still eligible to be filed. Some have said the DNA evidence exonerates the Duke Lacrosse Team, but I think this may be a result of a little too much CSI on our parts. It will be interesting to see what the next couple of days bring. Regardless of the case, I think it remains really address that:
Race still matters! Obviously this incident has heightened Duke’s sensibilities to the importance of race. The issues of “town and gown” are real. I am however disappointed that not enough people are talking about the relationship between HBCU’s (NCCU) and PWI’s (Duke). This still seems like a pink elephant in the room.

On the Go Blue front, I neglected to post that next year’s president of the Michigan Student Assembly is Nicole Stallings, a Black woman. Congratulations Nicole. But my decision not to post on it was related partially to laziness and partially to her invitation to Michigamua, one of U of M’s senior “secret” honor societies. Michigamua has a long sorted history with relations to Native folks. In light of all this controversy, they publicly announced the members of their last two “prides” (though some pride members’ names are missing or recently dropped… wonder why?). They will announce a name change in the near future (in the meantime Goodspeedupdate is hosting a naming contest, go contribute). There will be a documentary run on them tomorrow also.

I’m not convinced that a name change will do away with their history. Nor am I convinced that they have likely flushed out their racial issues. I know a number of people have questioned why some people or communities can’t just “get over” the organizations use of race and move forward. I believe in transparency, when that is delivered, I’ll believe they are being straight forward. History has a way of repeating itself.

Onto the Black… Studies side of things. Today and Friday the Center for African and Afroamerican Studies at U of M is presenting a conference to honor the 35th anniversary of the center in honor of Harold Cruse. I’ll be checking out some of the events, good food for thought.

Aight, off to sleep, much work to be done… trying to get that degree, ya heard?