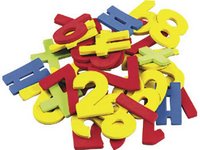 Aight there are a bunch of things that I wanted to get out there. So let’s count along together.

1 - One is for the date on Saturday, which is April 1st. The 1st traditionally marks the coming of April Fool’s Day. This year, I don’t want you to be the fool… so go to this rally and find out the things you been too embarassed, nervous or lazy to ask.

Congressman John Dingell, One United Michigan and the Washtenaw County Democratic Party Black Caucus would like you to join them. The “Don’t Be Fooled” rally is to shed light on and kick off the campaign here in Washtenaw County against the so called Michigan Civil Rights Initiative which is neither civil nor right.

2 - Two for the number of missing boys from Milwaukee. The media coverage, of course, has been pretty low. More info and discussion here.

3 - Three is for the number of times I wanted to throw up when I heard about the Duke Lacrosse and their “alleged” rape of two women. Rachel has provided a lot of links and information on her page.

4- Four is for the darn near 40 percent increase in the percentage of Black folks who use the internet! The digital divide is seeming to look different. Though we’re certainly not where we need to be yet.