Our Native Brothers and Sisters 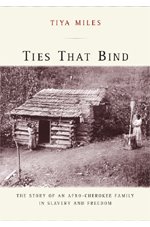 To many Black folks (including Black Latinos) the claim “I have Indian in my family” or some variation there-in is common. Rather than demand DNA tests, I’d encourage folks to read things by Tiya Miles or just read some of the recent stories that display some important happening and commonalities that matter for all of us… other than your long flowing hair ;)

Native Health and Education…
If you’ve been keeping your ears to the streets (or just have a good informant like I do) you’ve heard about the Bush Administration’s attempt to completely cut the Urban Indian Health Program as well as some educational funding. Thankfully, due to great advocacy and organizing, that is not going to happen and the new budget is looking better, though there is still a ways to go.


By a 293-128 vote, the House passed Interior’s fiscal year 2007 budget bill on Thursday. The measure funds Indian programs at a total of $5.9 billion, $204 million above current levels and $62 million above the amount the White House requested in February.

For a more detailed picture of what’s been going on, check out this story at indianz.com.

Them bones…
Margaret Kimberly provides a nice commentary at Blackcommentator.com on the Bushs’ lineage and George’s ancestor’s pillaging of Geronimo’s bones. It’s actually pretty funny (and dare I say refreshing) to hear a genetic argument about the deviance of the Bush family!

Mascot Madness…
And as you probably know already, but if you didn’t here is a link, the NCAA declined three schools’ appeals to use Native Mascots at the end of April. Of course this is not the last that we will hear of this, particularly from the North Dakota, where letters of support and disagreement were issued by native communities. The article has a decent summary on past happenings, so I’ll let you read it.

Lastly, shout out to Heather “Unbreakable” Brink for keeping me updated and staying on me to post. Now only if she would stop playing sports and sending the national healthcare situation into crisis ;P