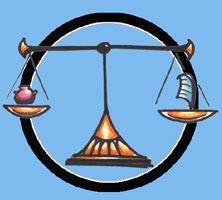 So I figured once enough people asked about it, then I’d post. Here are the top five questions about the recently filed complaint by Black graduate engineering students:

1) Dumi, what do you know about this?
As most of our readers are now aware U of M was named in a complaint to the US Department of Education. The complaint is spearheaded by Simeon Anderson a Black PhD student in Engineering. Prior to his filing of the complaint I did hear that he was working on “something” and he was compiling experiences of Black students at U of M. So when the new story broke I was not surprised, but I was intrigued.

2) Dumi, do you know this guy or are you one of the people who is filing?
Despite my obsession with Blackness and graduate education, I am not one of the filers. I do not know Simeon, but we share a few mutual associates. In the near future I may have an opportunity to learn a bit more about where his head and the heads of other Coalition for Action Against Racism and Discrimination members are at. Right now, I’m still learning.

3)Dumi, have you seen the complaint?
I have seen a version of the complaint, I do not know if it was the complaint that was filed to the US Department of Education, but I have read it a couple of times.

4)Dumi, how you gonna say you saw the complaint but not tell use about it?
Well, because I don’t know Simeon (yet) and I know that sometimes discussing non-public things (or items that haven’t been FOIA’ed yet) can be counter-productive to the needs of those who filed them. I’ve contact Simeon, if he’d like me to post the complaint, I will. Remember, I’m not a journalist, I just play one in cyberspace.

5) So what do you think will happen?
This is the most tricky of all the questions that people have asked me. First, I don’t have access to all the materials of the complaint nor the statement of all members of the Coalition, so predicting with little data can be dangerous. Man those X years of stats really paid off, huh?

But on the real, I’ll be watching the situation closely. It is occurring in a very interesting political climate. I’ve seen a number of conservative responses to the complaint which essentially boil down to unqualified or underqualified applicant theses. These are always interesting to me because people know nothing about him except his race and that he filed a complaint of discrimination. Somehow the next response is to jump to one of these “theories.” It seems to me, before one should advocate these theories, one should have access to his (and others’) academic records, maybe that’s too much to ask… or as my mom would say “too much like right.”

Obviously in the face of MCRI, this stands to create a tense relationship between the U and people of color… particularly in the public eye. So I’m sure that the conservakids will try to use this to spread their messages of anti-race preferences as they campaign to ‘give us free’ of discrimination.

Lastly, the bar of demonstrating discrimination in the contemporary United States is extremely high. Even if everything Simeon and coalition said is true, the pending investigation will likely not find discrimination- or rather racial discrimination. Oops, well there it is, a prediction. My prediction is honestly based more on the political climate than the facts of the case, so I would not mind being proved wrong.

Aight, those are my five responses to the top five questions. Thoughts?