The New Tangle of Negro Pathology?!? 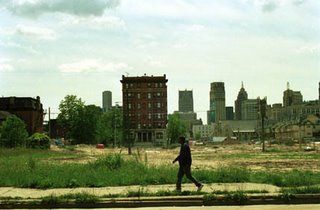 So in the past week (well 10 days), the NYTimes has run two pieces that have gotten a considerable amount of attention. The first “Plight Deepens for Black Men Study Warns” reports findings and some theories by the researchers behind the new book Black Males Left Behind. First, like most of the people commenting on this story, I have not read the book. My pockets are thinner than Nicole Richie in a fun house mirror (I know, that’s not right), so when I get a copy I can weigh in more soundly. The findings of the report did not shock me per se, but they did remind me that its clear Black men are becoming further marginalized from the center of American society*.

I however was intrigued by Orlando Patterson’s Op/Ed that ran on Sunday entitled “A Poverty of the Mind“. Patterson essentially argues that we have not been able to combat poverty and the condition of Black men in America because we have been afraid to tackle the issue of culture. Unfortunately he quickly creates a strawman of poverty research on black men. I could agree with him that researchers have been scared to tackle culture 10 years ago, but recently researchers have really grappled with the role of culture and behavior for Black and poor men (see Young, Lamont, there are more but I doubt you want a literature review). But for Orlando it is much more convient to say there is a fear of approaching the topic of culture and that until we take on culture, marginalization will remain.

While Patterson does prove, unlike many, that he has read up on the phenonmenon of “acting white“. He does quickly find other cultural dimensions to stress. This time, the masked culprit is hip hop culture.

I call this the Dionysian trap for young black men. The important thing to note about the subculture that ensnares them is that it is not disconnected from the mainstream culture. To the contrary, it has powerful support from some of America’s largest corporations. Hip-hop, professional basketball and homeboy fashions are as American as cherry pie. Young white Americans are very much into these things, but selectively; they know when it is time to turn off Fifty Cent and get out the SAT prep book.

For young black men, however, that culture is all there is — or so they think.

A couple of years ago Ron Ferguson argued that a possible reason test score gaps had widened between Blacks and Whites from 1998 forward was rap music and hip hop culture. I remember when I first heard this theory, I scouffed and thought it would pass with the night, but it stayed around. In fact, many still support this theory, which I find much akin to theories of acting white (e.g. present in places but likely overstated), despite the fact that test score gaps have begun to close again between Blacks and Whites… and rap is still widely popular. In Patterson’s view, Black men (not sure about women) lack the ability to code-switch, while Whites men are able to traverse dual realities. I must say that I do not entirely disagree with Patterson, but he misses how this occurs. Code-switching for Black folks has been a historical necessity. Even when our ancestors were enslaved, they had to act differently on the job or when under surveillence, than when not surveilled. So I would ask Patterson, which would be more likely to degrade a people’s ability to switch, music or marginalization? My obvious answer is marginalization. His response is cool pose. I do believe structural constraints beget cultural variations, but simply concentrating on culture is as short-sighted as simply concentrating on the structure.

It appears that Patterson could make a great argument for both the roles of structure and culture, but instead he claims that culture has been absent from our discussions of poverty. For those who don’t know, the title of this post is a throwback/homage to a highly influential chapter of the Moynihan Report. I find Patterson’s piece to largely be an update to this view, instead of matriarchy as a cultural determinent, he inserts hip hop culture (his perception of it at least) as the mechanism that keeps Black men ensnared in our social position.

I would love to know what Patterson thinks needs to be done to correct these cultural malfunctions? I guess the welfare to work approach didn’t work since he said Clinton’s Administration failed. Cultural training? What does he want to see happen? To close, I rework Patterson’s own words, what do you think?
Collecting transcripts of their views and rationalizations Leveeing critiques of research from an ivory tower towards the ivory tower is a useful first step, but won’t help nearly as much as the recent rash of scholars with tape-recorders NY times editorialists and readers seem to think.