I’m going to try to make this very brief for a few reasons: 1) Baby love is sleeping 2) I’m fighting a cold and 3) I tend to run on at the mouth. As you may know, one of my favorite holidays is Kwanzaa and each year I try to each day for a deeper reflection on the principle of the day. Habari Gani? Umoja 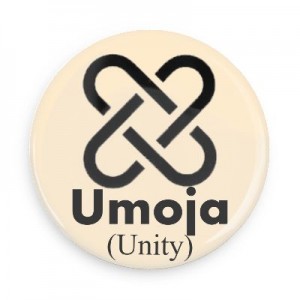 I’ve been thinking about the costs and the processes of getting to unity of late. In a political moment when our nation continues to grapple with police brutality as well as the fall of Bill Cosby from grace– I wonder how we become unified and maintain unity. The simplest form of unity I often observe comes from folks who take a singular social identity and coalesce around its significance for power. For example, someone who is staunchly Black nationalist or Communist will see the aforementioned issues and stress the role of White media in besmirching a Black patriarch or the continued imposition of the state’s power (the enforcer of capitalism) over oppressed (minority) peoples. Either way, the emphasis as on a singularity of issue makes for neat solutions and resolutions around what is being faced and possible responses. As the Last Poets said, “I can’t dig them actions.”

The more seriously I consider the things that are affecting our communities, the more an intersectional framework matters to how I think about its roots and possible responses. Many moons ago, Jelani Cobb wrote (and I paraphrase) that Black folks are no more or no less unified or dysfunctional than any other group of folks on this earth. I believed it when it he wrote it and believe it now. The catch is we can, like all people, become seduced by reductionist thinking. Whether its at a mass march where we start chanting and yelling, “hands up! don’t shoot!” in the face of an unrepentant police force or double clicking a meme on Instagram that suggesting our brothers and sisters are being distracted by the hot topic rather than thinking through politics–quick responses are valued, but they’re not what’s needed. Instead, I see folks like Imani Perry, Tamara Nopper, and Eddie Glaude raise questions (they’re on social media twitter – you should follow them) that make you think about what you intend to accomplish? What are the means? What are likely to the ends? Their questions make people uncomfortable and rightfully so. Too much emphasis on unity of action without complexity of thought is why moments that could be movements often just remain flashpoints (well that and COINTELPRO ain’t too shabby at killing stuff).

For more than 4 months there has been an emerging national dialogue about police violence–one that people have been working on having for years, but this moment was the time that it ripened and expanded. In this moment we have to do things that keep people engaged, but even more so, we’ve got to ask–Why are you here? If you believe Black lives matter, who does not? Which Black lives matter? Does the trans sister in Chicago who is sexually assaulted by a member of her family get covered? Does the conservative brother who stands with NYPD receive your cover? If the government fails to respond to what we demand, what will we do? Are we really demanding the same thing? Are you talking reform or revolution? Which type of revolution are you talking? These may seem to show where we disagree but only by grappling with them will we have a unity worth fighting for, claiming and living with.