R.I.P to Our Griot Amiri Baraka

I was honored to be invited to share a reflection on the passing of Amiri Baraka. His work and the legacy he left behind have meant so much personally and politically. 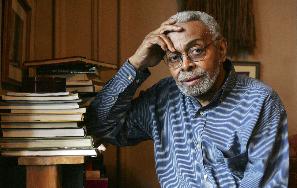 Amiri Baraka—author, cultural critic, revolutionary, professor and intellectual—passed away today in New York City after a long illness. There is no doubt that he will be remembered fondly in circles of poets, politicians, and the proletariat, all of which audiences Baraka moved between in his 79 years on earth. Amiri Baraka was, as Maya Angelou called him “a griot”— a griot that dynamically approached the stories and lives of Black and oppressed people. From decade to decade, Baraka dynamically changed his approach to the problems facing oppressed people but always remained committed to producing revolutionary art.